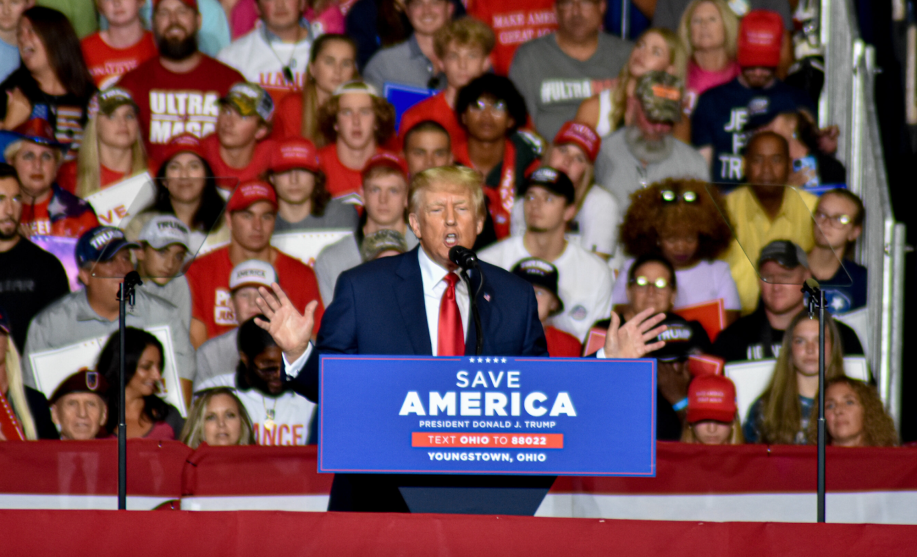 In spite of losing a reelection bid, getting twice impeached, and facing a litany of lawsuits, Donald Trump is all but certain to run for the 2024 Republican presidential nomination.GOP politicians have long treated the former president as their defacto frontrunner, failing to push back on his election lies, with many outright promoting them. Democrats, political pundits, and the thousands attending his rallies have expected a Trump re-run, too.

When will Trump make it officially? Reports increasingly point to November 14. But this past weekend, Trump inched even closer to an effective announcement in typical Trumpian fashion, with new insults for Ron DeSantis, the sole Republican with a fighting chance of challenging Trump. The latest entry into that canon—the rather half-baked “Ron DeSanctimonious”—debuted at a Saturday rally in Pennsylvania.

Personally, I would have gone with the humiliating observation that DeSantis has increasingly appeared to resemble Donald Trump’s body.

Trump’s latest public appearance kicks off what’s sure to be a disastrous week for the rest of us, packed with midterms dread, Musk-driven chaos, and if you’re on the east coast, tanking temperatures. So, stay calm and enjoy today. It’s really nice out.