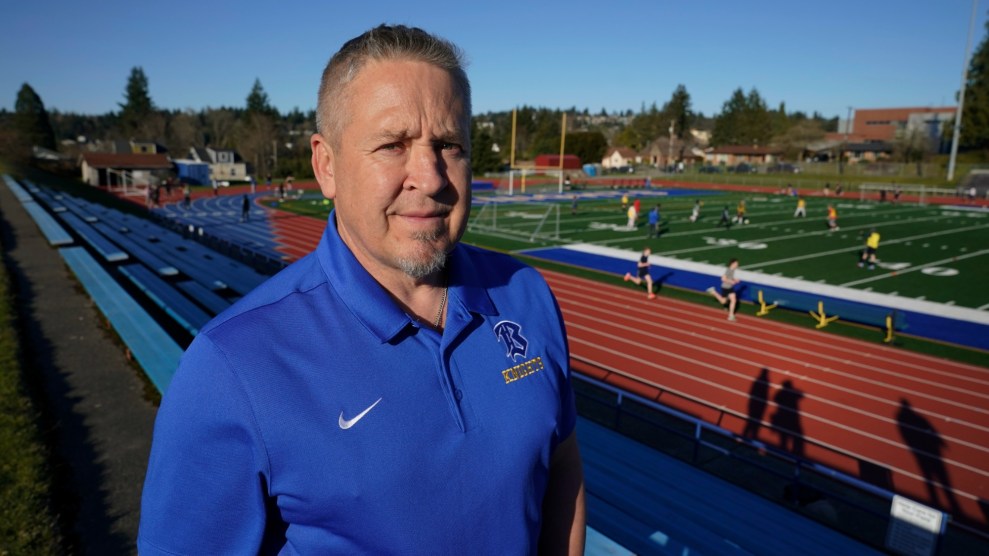 The US Supreme Court ruled in favor of a former high school football coach from Washington state in a case about religious freedom and prayer in public schools. In a 6 to 3 decision delivered by Justice Gorsuch, the conservative supermajority decided in Kennedy v. Bremerton School District that coach Joseph Kennedy’s Christian prayers after the games were protected by freedom of speech and freedom of religion under the First Amendment. “The Constitution and the best of our traditions counsel mutual respect and tolerance, not censorship and suppression, for religious and nonreligious views alike,” Gorsuch wrote.

In a dissenting opinion joined by Justices Breyer and Kagan, Justice Sotomayor argues the decision rejects “longstanding concerns” about government endorsement of religion and “does a disservice to schools and the young citizens they serve, as well as to our Nation’s longstanding commitment to the separation of church and state.”

During the oral arguments in April, Justice Elena Kagan noted, “The idea of why the school can discipline him is that it puts some kind of undue pressure, a kind of coercion, on students to participate in religious activities when they may not wish to, when their religion is different or when they have no religion.”

Kennedy, a Marine veteran, started coaching at Bremerton High School in 2008. At first, he prayed by himself on the 50-yard line after the games. But soon, students decided to join him, and he began to give inspirational speeches with religious references, and in the locker room, he led prayers. Then, in 2015, the school district became aware of the assistant coach’s tradition. The district issued a directive prohibiting on-duty employees from engaging in “demonstrative religious activity” that is “readily observable to” students and the attending public. Fearing lawsuits for violating the students’ freedom of religion rights and the Constitution’s Establishment Clause, which prevents the government from endorsing religion, the school district asked Kennedy to stop doing so while on duty.

After Kennedy continued to take a knee in prayer on the field after games, the school placed him on paid administrative leave and later didn’t renew his contract. In 2016, Kennedy filed a lawsuit against the Bremerton School District for violating his First Amendment rights. The 9th Circuit Court of Appeals sided with the school district, and Kennedy, represented by the conservative public interest law firm First Liberty Institute, which represents, for instance, members of the military requesting religious exemption from COVID-19 vaccination requirements, among others, appealed to the US Supreme Court. Kennedy’s lawyers have maintained that his prayers don’t constitute government speech and are, therefore, protected by the First Amendment. The Justices agreed to hear the case in January 2022.

The case has been perceived as a test for the Supreme Court’s stance on the separation between church and state, especially with the conservative supermajority, which was sympathetic to the coach’s claims. This ruling is in line with recent decisions that have been more accommodating of individual religious expression. Legal analysts fear the ruling has the potential to “loosen legal restrictions on how teachers and other staff can express their faith in public schools.”

adminhttps://australianinternetmarketing.com
Previous articleJust A Little Advice Regarding Website Hosting That You Need To Know
Next articleHelvetica