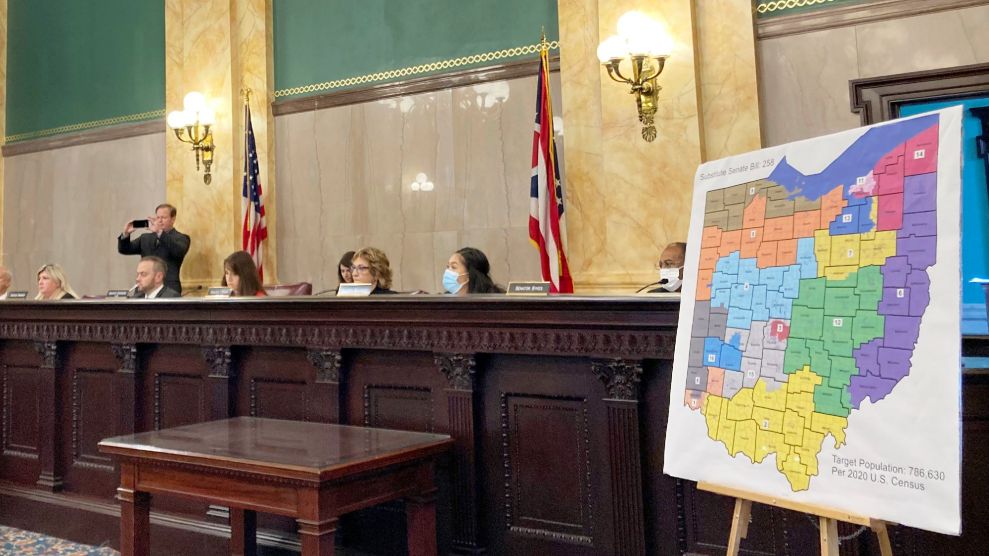 The court’s opinion, written by Justice Michael Donnelly, concluded that Republicans had violated a state constitutional amendment prohibiting gerrymandering that Ohio voters had overwhelmingly voted to approve in 2018.

“When the dealer stacks the deck in advance, the house usually wins,” reads the opinion. “That perhaps explains how a party that generally musters no more than 55 percent of the statewide popular vote is positioned to reliably win anywhere from 75 percent to 80 percent of the seats in the Ohio congressional delegation. By any rational measure, that skewed result just does not add up.”

Ohio does lean Republican, but out of 15 congressional districts, the new maps contained only four Democratic-leaning or competitive districts. As a particularly egregious example of gerrymandering, the map’s detractors frequently cited Hamilton County, a district with a large Black population, where Joe Biden won 57 percent of the vote. In 2011, Ohio lawmakers split Hamilton County—which contains Cincinnati—in half and connected the two pieces to heavily Republican districts, ensuring that the majority-Democratic county would have conservative representation. In 2021, Republican lawmakers went even further, dividing the county into three pieces and folding them into rural, majority-white districts.

As a result, the National Redistricting Action Fund—a voting rights organization helmed by former Attorney General Eric Holder—and a series of groups, including the League of Women Voters of Ohio, challenged the maps in court.

As a result of Friday’s rulings, Democrats could have a chance to win two or three additional seats, according to Dave Wasserman of the Cook Political Report.

With the possibilities for a federal voting rights bill dimming, this decision powerfully demonstrated the significance of state Supreme Court elections in places where judges are chosen by voters. In 2020, Democrat Jennifer Brunner flipped a seat held by Republican Judith French. Despite the blatant skew of the new districts, only a single Republican justice, Maureen O’Connor, joined the state’s three liberal justices in rejecting the legislature’s maps. Had Brunner failed in her election bid, the court could very well have accepted maps that a majority of current justices found to be overwhelmingly “dictated by partisan considerations.”

Ohio lawmakers now have one month to draw a new map.