Nigeria’s Chibok girls: Why was this former captive treated differently?

In our series of letters from African journalists, to mark eight years since the Chibok school abductions, Nigerian journalist and novelist Adaobi Tricia Nwaubani speaks to a rescued girl who has been treated very differently to her former classmates who were freed earlier.

Hassana Adamu is delighted to be back home with her family almost eight years after she was kidnapped by Boko Haram jihadists from her school in the north-eastern Nigerian town of Chibok, but she is distressed that she is not receiving the same special treatment as her classmates who were freed long before her.

“I want the government to assist me with good things,” she told me. “I want to go back to school and to have a better life.”

Ms Adamu, then 18, was among the more than 200 girls stolen from their school dormitory in the middle of the night on 14 April 2014. She and two of her former classmates were finally reunited with their families in January, bringing the total number of girls freed so far to more than 100.

Between 2016 and 2018, three Chibok girls were found or rescued in the Sambisa forest hideout of Boko Haram by the Nigerian military, while 103 were freed following negotiations between the Nigerian government and the militants.

Their return home was followed by global fanfare. International media scrambled to capture their stories and snapshots. Nigerian President Muhammadu Buhari invited them to meet him in the capital city, Abuja, with state governors and other top government officials in attendance.

For the next several months, the girls were kept in government accommodation at a ministry of women affairs facility in Abuja, where they were put through a government-sponsored rehabilitation programme that included medical and psychological care.

They were fed three square meals a day and provided free clothes and gadgets such as laptops and phones. They received visits from international dignitaries, such as Nobel-Prize winning Pakistani activist Malala Yousafzai, who was shot in the head by Taliban militants for going to school in 2012.

Thereafter, they were sent to begin a specially designed programme at the American University of Nigeria (AUN) in Yola, north-eastern Nigeria, on full government scholarships. More than four years later, the government is still sponsoring the Chibok girls who have chosen to remain at the AUN.

‘Is it because I’m married?’

“The girls in the school are the ones who told me how the government is taking care of them,” said Ms Adamu, who has reconnected with her former classmates by phone since regaining her freedom. “They told me how they stayed in Abuja before they were sent to school.”

“Is it because we stayed so long or because we were already married? Maybe that is why the government does not want to take care of us,” she added. 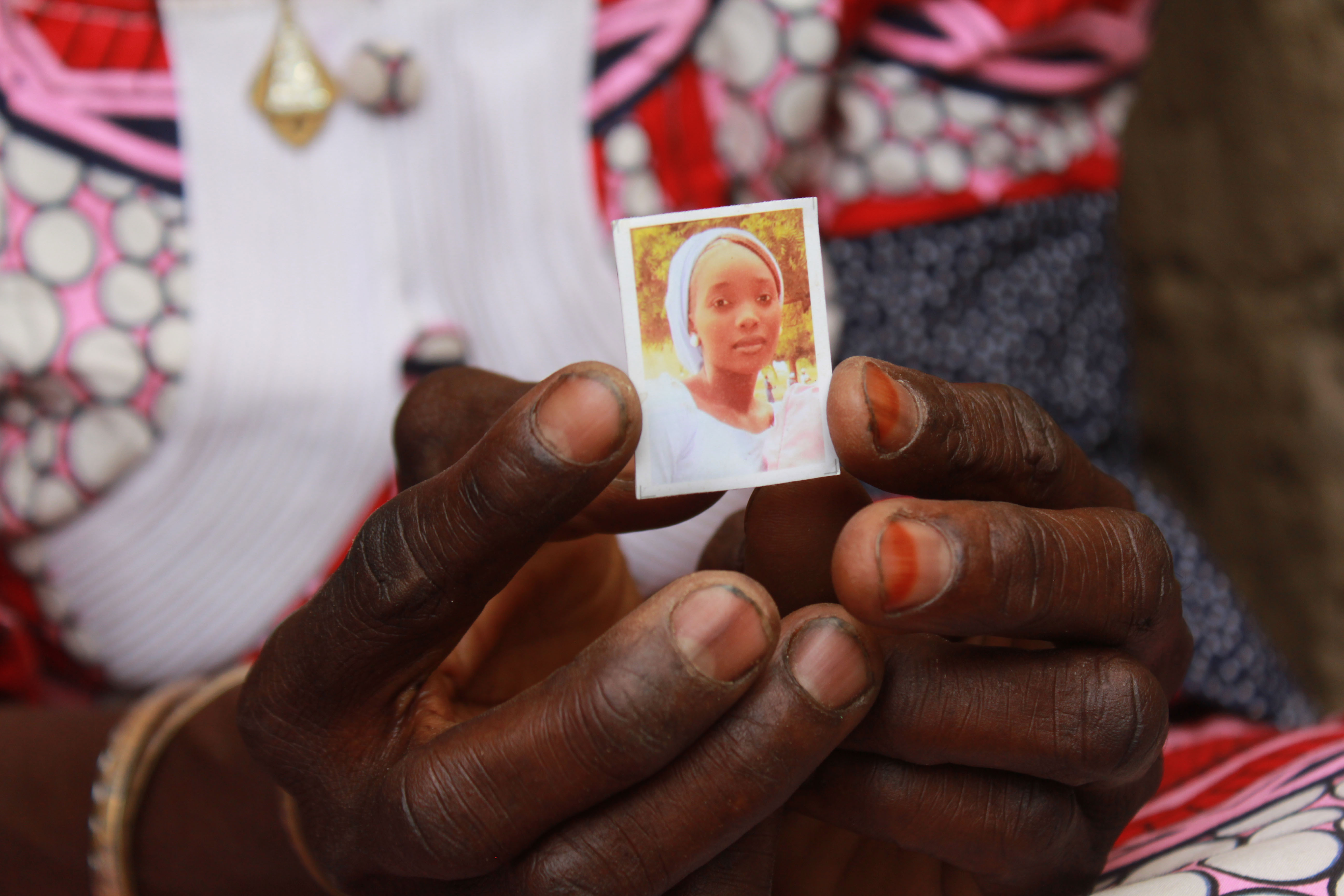 Source: Bring Back Our Girls/ EnoughIsEnough

Ms Adamu got “married” to a Boko Haram fighter about two years into her captivity – many of the girls felt they had little choice – and her so-called husband is among the many militants that have surrendered to the Nigerian government in the past year, following intensified anti-terror operations by the military. The Nigerian military stated that 7,000 jihadists surrendered during one week in March alone.

Ms Adamu and her “husband” spent about five months in Maidugiri, the Borno state capital, in separate sections of a camp for repentant Boko Haram fighters and their wives. Afterwards, she and her two children were sent home to her parents in Chibok while the man returned to his family in the north-eastern border town of Banki.

“It was not a real marriage,” she said. “I want a better life for myself and my children. I am never going back to him.”

“They were released with children and sent home with nothing,” said Yakubu Nkeki, the chairman of the missing girls’ parents association. “These three girls, they are suffering a lot.”

Mr Nkeki worries that the government’s apparent loss of interest in the Chibok girls could mean that the 109 still missing may never be reunited with their families, even if they are or can be rescued.

More about the Chibok girls:

The Minister for Women’s Affairs, Dame Pauline Tallen, told me that President Buhari had not yet had the chance to meet the three recently freed Chibok girls, but would happily do so when the opportunity arose.

Some of the stolen students have contacted their parents to say that they are in government camps in Maidugiri, he added, while some others have phoned their families from remote towns. In the past, such information would have led to frenzied activity by the government to find and display them to the world. 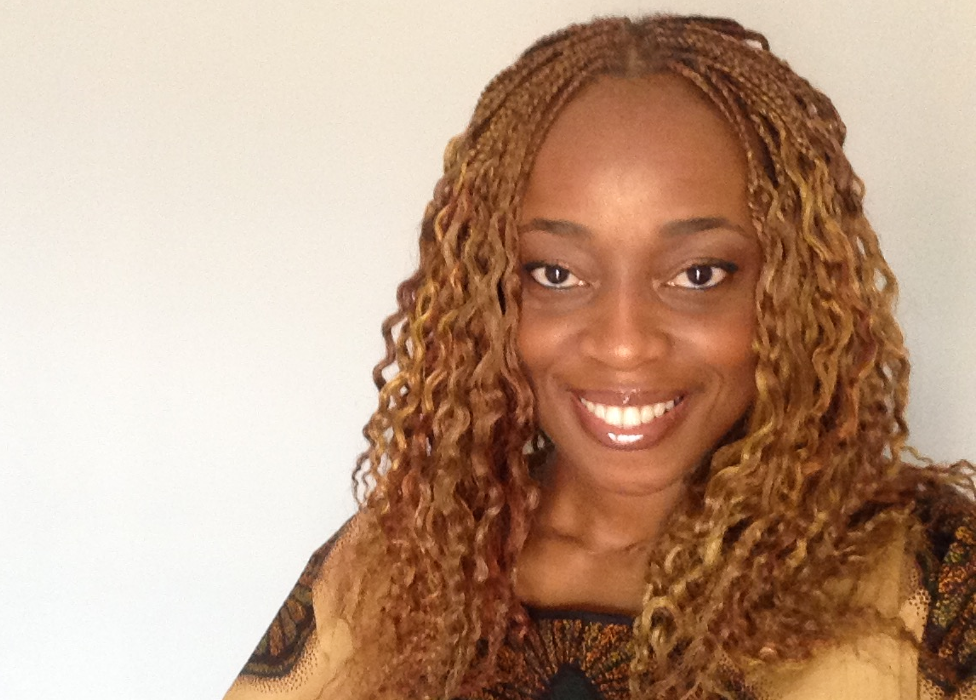 Once upon a time, the Chibok girls were victims of a most shocking and unusual incident – children stolen from inside the four walls of their school.

“About five of the girls are calling their parents from the Sambisa [forest]. They say that they are on top of the Gwoza mountain,” Mr Nkeki said.

“About five are with the state government. The girls are calling us. One of the girls called her parents during our meeting and he left it on speaker for us to hear what she is saying. We don’t know if the government knows that they are Chibok girls.”

The rise of school kidnappings

Whether or not the government is aware of their origin may not make much of a difference. Once upon a time, the Chibok girls were victims of a most shocking and unusual incident – children stolen from inside the four walls of their school. But in the past two years, Nigeria has experienced a spate of school kidnappings carried out by armed gangs known in local parlance as bandits.

While the Nigerian government reportedly paid 3 million euro ($3.3m; £2.4m) to Boko Haram as ransom for the Chibok girls freed in negotiations, the recent school kidnappings have seen little government involvement, with the parents and relatives left to pay the amounts demanded by the bandits for their children’s release.

Nevertheless, Ms Adamu believes that she is entitled to the same opportunities as her classmates. If nothing else, she wants to be included in the scholarship scheme at the AUN.

“It worries me so much because we started the suffering together but the other girls have become like American people while I am at home taking care of babies,” she said.

Texas shooting victims: ‘They were sweet kids and lovable’