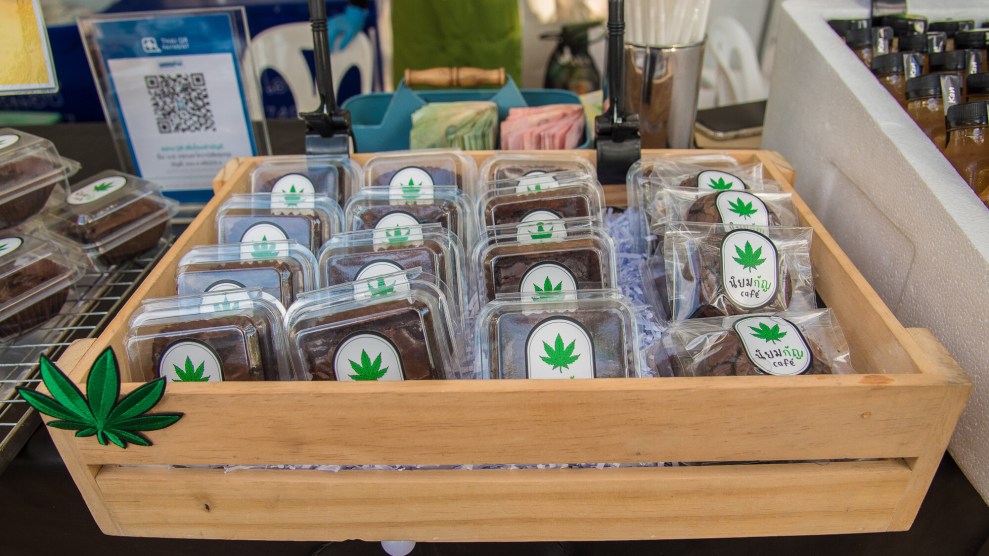 Here’s something you don’t see every day: On Friday, THC-infused edibles and beverages became legal in the great state of Minnesota, after a law containing the legalization measure was included in a health and human services funding bill. How did this measure get through? Critically, a key Republican state senator who co-chaired the committee that passed it didn’t read the text closely enough. According to the Minneapolis Star-Tribune, Sen. Jim Abeler “said he didn’t realize the new law would legalize edibles containing delta-9 THC before it passed,” and thought he was just regulating existing CBD products:

“I thought we were doing a technical fix, and it winded up having a broader impact than I expected,” Abeler said adding that the Legislature should consider rolling the new law back.

House Democrats and Gov. Tim Walz, both of whom support recreational marijuana legalization, are unlikely to agree to such a request. Majority Leader Ryan Winkler, DFL-Golden Valley, called Abeler’s suggestion to roll back the law “ridiculous” and said Democrats have no interest in doing so.

Minnesota Reformer’s account adds another great detail: after Abeler, along with a bipartisan conference committee of House and Senate members, voted unanimously for the amendment, Abeler then said out loud, “That doesn’t legalize marijuana—we didn’t just do that.”

Abeler’s qualification was technically true—the fine print of the measure legalized THC products derived from hemp, but not from marijuana, even though they have the same effect: helping people get high.

This isn’t quite the ideal way to pass important legislation, and there appear to be some kinks to work out—for instance, more clearly defining who can actually sell edibles in the state. But Minnesota isn’t entering the Wild West entirely; as the Star-Tribune notes, it’s still imposing some basic guidelines, such as child-proof packaging and an over-21 age restriction. Still, by opening its stores to edibles, Minnesota made history: It’s the only state in America that’s legalized only edibles for recreational use. Maybe a few months of gummies will soften them on the rest.