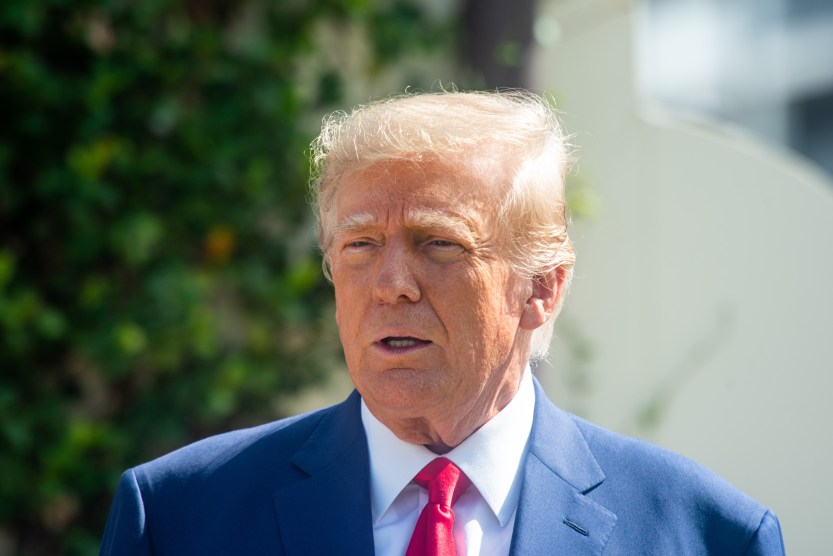 Seven years after Donald Trump descended a golden escalator, heralding a political era marked by racist bile, hate, and relentless lies, some journalists and media outlets apparently are still struggling with how to cover the former president.

That’s not entirely surprising, given the fresh admonishments urging the media to simply do better should Trump run once more. The renewed advice, however, doesn’t appear to have resonated with folks at The Hill. Here’s what they tweeted overnight:

That’s more than an empty headline that effectively tells readers nothing useful. If you were compelled to click, you quickly learned that the language brushed over Trump’s latest entry into his long record of anti-Asian insults and demagoguery. Take a look at the supposed “call out” The Hill refers to:

That racist vitriol came amid Trump’s meltdown this week while watching the candidates he endorsed lose throughout the country. Most ignored the Trump post on his Truth Social platform, but the Hill chose to launder it.

At this point, glossing over Trump’s reliable spigot of hate is inexcusable. Here’s what I wrote on the eve of the 2020 election:

As a writer whose paycheck relies on staying close to the news of the moment, Trump tweets have been something of an unlikely assignment editor for these cursed times. Four years on, I can say that I feel mostly OK with how I approached this strange and unfortunate task. (Someone’s gotta pick up the shit, right?) But so many have botched the assignment, and continue to do so. Those standing at the false altar of objectivity and centrism still breathlessly repeat untrue tweets verbatim and still decline to label outright lies and racism as just that. When it comes to the weirdest of the weird shit, some still try to treat it as something entirely different, hoping to wring presidential behavior out of, well, weird shit. This unimpeachable failure has been exacerbated by repetition, and it’s left me bone-tired.

The media’s inability to properly hold Trump accountable applies to many areas. But the issue is terrifyingly pronounced when it comes to the collective—and pathetic—shrugs at Trump’s anti-Asian racism. Remember last month when he attacked his former transportation secretary with a racist nickname? That got some attention. But most of the focus was on Elaine Chao’s husband, Mitch McConnell.

So I’ve got to call out this especially egregious headline. Because as Margaret Sullivan wrote in her terrific essay urging journalists to learn from our mistakes, “The stakes are enormously high. Doing things the same old way isn’t remotely appropriate. By now, that’s something we all should have learned.”