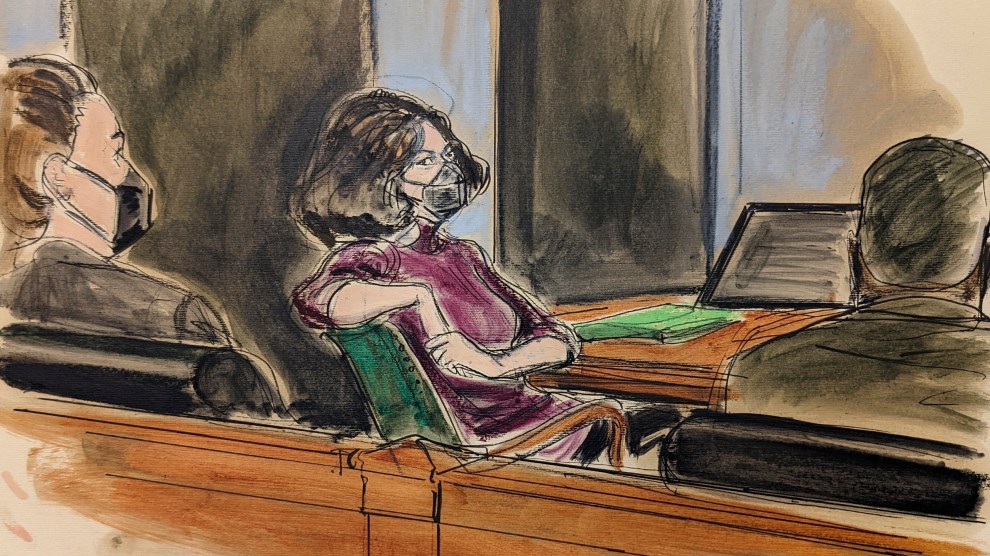 After five days of deliberation, a Manhattan jury found Maxwell guilty of five out of six charges, including sex-trafficking a minor and three counts of conspiracy. She was acquitted of one charge, enticement of a minor to travel to engage in illegal sex acts.

The charges related to crimes committed against four young women who say they were abused by Epstein in the late ’90s and early 2000s. Two of the women said they were 14 when the abuse began. They all said that Maxwell, in her position as a comforting female figure, was aware of and normalized the abuse. In this Mother Jones feature, one of Epstein’s friends suggested to journalist Leland Nally that Maxwell was essential to Epstein’s hunt for young women:

“When he was younger and living in New York there weren’t a lot of young girls. I could see it progressing as he got older, more powerful, more money,” Julie told me. “And the Ghislaine thing I think is key.”

Maxwell’s trial has been highly anticipated following Epstein’s death by suicide in 2019. She has yet to be sentenced, but is likely to face decades in prison.