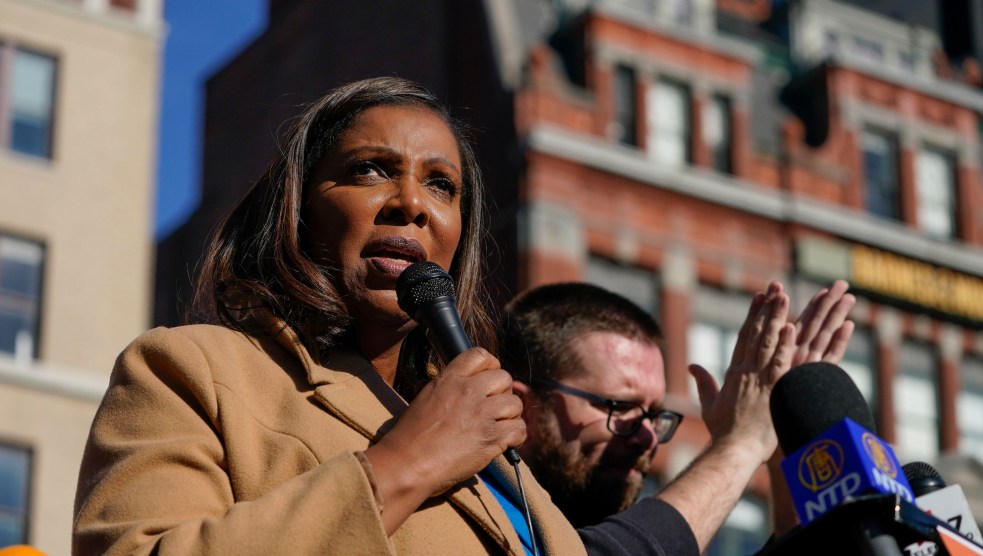 Donald Trump on Monday filed a lawsuit against New York Attorney General Letitia James that essentially accuses of her of investigating him too vigorously. The lawsuit asks a judge to stop James’ long-running civil investigation into the Trump Organization’s finances and punish the AG for her “callous acts” that have supposedly deprived Trump, his company, and his family of their constitutional rights. But in reality, the lawsuit is mostly a laundry list of times that James has publicly said she would try to hold Trump accountable. It also notes she has filed a lot of subpoenas in the process of investigating Trump.

James’ investigation, which stared in early 2019, appears to be focused on whether the Trump Organization committed tax, bank, and insurance fraud. Based on the subpoenas her office has filed—the contents of which are public because the Trump family has unsuccessfully challenged most of them—she has been scrutinizing whether the Trump Organization improperly valued conservation easements, whether the company paid its taxes in connection with certain deals, and whether the company improperly inflated the value of its properties when seeking bank loans.

Trump claims in the lawsuit that James knew her investigation was “unsupported, unjustified, and unfounded in fact or in law.” Trump’s attorneys say that other state attorneys general—citing Louisiana’s Jeff Landry, a close Trump ally—think it’s a politically-motivated “fishing expedition.” The entire investigation, Trump’s suit contends, is “motivated by malice, political animus, and a desire to harass, intimidate, threaten, oppress, coerce, injure and/or retaliate against Trump and his business, the Trump Organization.”

Among the evidence Trump’s lawyers cite is a clip from an appearance James made on The View in which host Joy Behar pressed James on her investigation into Trump.  “There are reports that you are trying to depose Trump under oath next month, tell me that’s true,” Behar said to James, who laughed in response.

“Defendant put her personal disdain for Trump on full display by responding to Behar’s comment with laughter,” Trump’s lawsuit contends.

Trump’s suit also argues that the investigation is politically driven because a motion to compel Eric Trump to sit for an interview with investigators was filed on the first day of the 2020 GOP national convention.

But Trump has already tried to make that argument, as well as the broader argument that James’ investigation is a “fishing expedition.” Eric Trump was subpoenaed in May20 20 and had voluntarily agreed to speak with investigators, until he abruptly refused shortly before the GOP convention was set to begin. James’ motion to compel him to speak came only after weeks of negotiating. He later agreed to testify, but only after the election was over, saying James was playing politics with the timing. The judge in the case disagreed:

[Judge Arthur] Engoron rejected that argument on Wednesday, saying Trump’s attorneys had failed to offer any support for that argument and ordering the Trump Organization to comply with the New York AG’s requests.

“This court finds that application unpersuasive, Mr. Trump cites no authority in support of his request and in any event neither petitioner nor court is bound by timelines of the national election,” he said.

The Trump Organization did not respond to a request for comment on Monday, but James’ office said the lawsuit was another blatant attempt to delay her investigation.

“The Trump Organization has continually sought to delay our investigation into its business dealings and now Donald Trump and his namesake company have filed a lawsuit as an attempted collateral attack on that investigation,” James said in a statement. “To be clear, neither Mr. Trump nor the Trump Organization get to dictate if and where they will answer for their actions. Our investigation will continue undeterred because no one is above the law, not even someone with the name Trump.”