California Is Suing Tesla for Allegedly Having a “Racially Segregated” Workplace 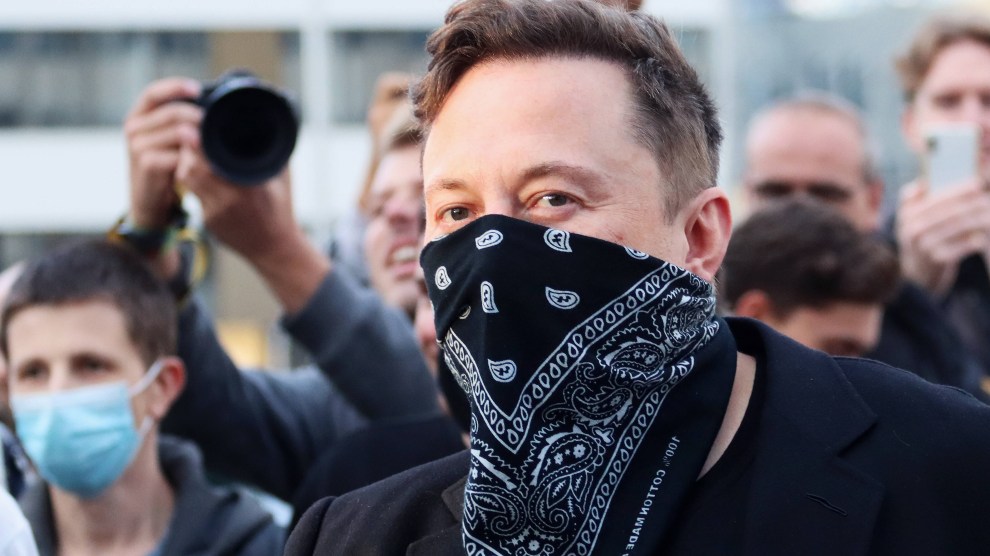 Wear a real mask, dude. I know you can afford one.Imago/Zuma

California is suing Tesla after it says it has received “hundreds of complaints” from workers about a “racially segregated workplace” at its main factory near San Francisco.

California’s Department of Fair Employment and Housing filed a complaint Wednesday alleging that Black workers at the plant were routinely discriminated against. DFEH found evidence that workers “are subjected to racial slurs and discriminated against in job assignments, discipline, pay, and promotion,” the agency’s director, Kevin Kish, said in a statement.

The details of the case have not yet been made public, but the agency said it would post the complaint to its website on Thursday.

Tesla has tried to get ahead of the scandal, releasing a statement yesterday calling the lawsuit “misguided” and referring to the accusations as “a narrative spun by the DFEH and a handful of plaintiff firms to generate publicity.” (It’s unclear what a state agency tasked with protecting workers’ civil rights would have to gain from publicity.)

This isn’t the first time Tesla has found itself in hot water for promoting a racist working environment.

Late last year, the company was ordered to pay $136.9 million to a Black former elevator operator at the plant who said he faced “daily racial epithets” that supervisors failed to stop. The man, Owen Diaz, said that Tesla employees graffitied swastikas and racial slurs around the plant. Combined with a history of overworked factory employees, these accounts suggest a darker picture of the electric car behemoth than Elon Musk would like you to see.