A 7-Hour Gap in Jan. 6 Phone Logs Raises the Question: Did Trump Use a Burner? 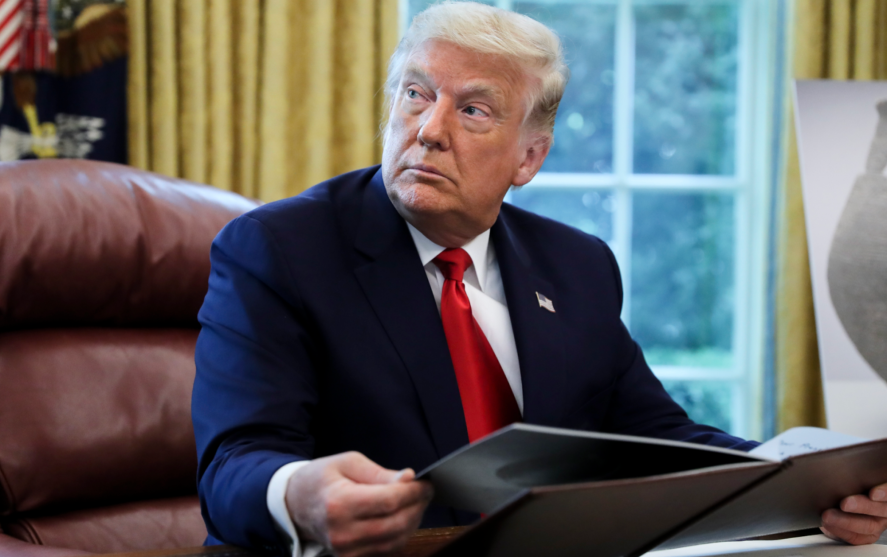 The ongoing mystery over what Donald Trump was doing behind closed doors on January 6 as his supporters stormed the US Capitol now includes a glaring, seven-hour gap in the phone records of the White House logs. The Washington Post reports that the House select committee investigating the Jan. 6 attack is looking at whether the former president used unofficial backchannels, including burner phones, to shield his communications from 11:17 am to 6:54 pm that day.

Trump has, of course, denied wrongdoing. But his statement to the Post appears to extend significant latitude to the notion of his innocence in the scenario that the use of burner phones was to eventually be discovered.

“I have no idea what a burner phone is, to the best of my knowledge I have never even heard the term,” he told the paper.”

Well, it doesn’t take a legal genius to see that the second beat of Trump’s statement is doing a lot of work here. That’s understandable, considering Trump’s extensive history of flouting official record-keeping rules. That record includes the allegation that the former president, in order to get rid of potentially damaging documents, would rip up pieces of paper in the Oval Office—only to eat them. His own aides have also reportedly suspected him of flushing potentially compromising material down a toilet with such frequency that it routinely clogged the White House plumbing system.

Could this all be the details of a political cover-up? If so, it’s certainly one of the dumbest I’ve ever come across.

Pete Davidson Back in L.A. with Kim Kardashian for Photo Shoot

Pete Davidson Back in L.A. with Kim Kardashian for Photo Shoot