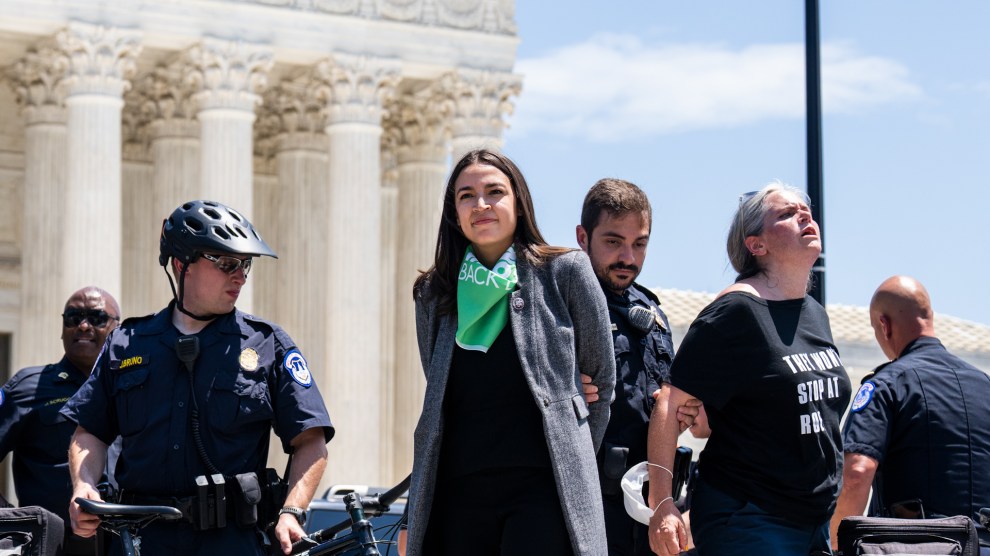 Nearly a month after Roe was overturned, House Democrats finally gave us the type of civil disobedience that such a crisis warrants.

Multiple members of Congress, including @AOC, being arrested by Capitol Police for blocking traffic outside the Supreme Court in abortion rights demonstration: pic.twitter.com/fysQN1oBAw

Acts of civil disobedience are, by definition, attempts to gain attention. They can also be cathartic. Finally, we’re seeing legislators as outraged as many felt on the day of the Dobbs decision.

Conservatives, though, have already begun nitpicking the legislators’ performances, including accusing Ocasio-Cortez of pretending to be handcuffed. A video shows the congresswoman being escorted away from the protest by police. She holds her hands behind her back before raising her right fist in a gesture of political resistance. How can the New York Post proclaim that “AOC fakes being handcuffed” when she makes a deliberate gesture showing that she is not?

Ultimately, AOC and her colleagues likely expected the derision from the right. And they got want they wanted in the end: widespread publicity of the symbolic shackling of reproductive rights by a rogue Supreme Court. Good.